Achieving the SDGs for water and sanitation will require mobilising considerable funding for the sector. The World Bank estimates that at least US$45 billion will need to be spent every year to provide universal access to basic drinking water and sanitation at home over a 15-year period, ranging from 2015 to 2030. Funding will need to come from all traditional sources of finance (the “3Ts”). But without an important focus on domestic public finance, it is likely that the SDGs won’t be reached. In most developed countries, including the US, UK France, Japan, Korea etc., universal WASH coverage was historically achieved thanks to massive government investments. It is not only a matter of governments raising more domestic taxes, it also means that public funding needs to better allocated and spent in a more effective and equitable manner.

At Stockholm World Water Week, the Public Finance for WASH initiative gave participants the opportunity to experience the challenges that cities are facing and explore new solutions to attract funding for sanitation. Difficult prioritisation decisions to allocate public funding have to be made at all levels and recipients have to compete against each other in a context of scarce public resources. Mimicking a real urban sanitation challenge that will soon be launched in Ghana, session participants took part in the “Batunga Toilet challenge”, through a role play that pitted cities against each other to define the most robust, achievable and innovative financing strategy to improve their sanitary conditions.

With urban sanitation coverage of less than 50%, an embryonic sewerage network and poorly managed WASH services struggling to meet demand, the imaginary country of Batunga could be any low income country in the world. This role play conceived by Sophie Trémolet for the Public Finance for WASH initiative, aimed at encouraging WWW participants to actively brainstorm on realistic city-level solutions to leverage and effectively use funding -and in particular public funding- for WASH services. 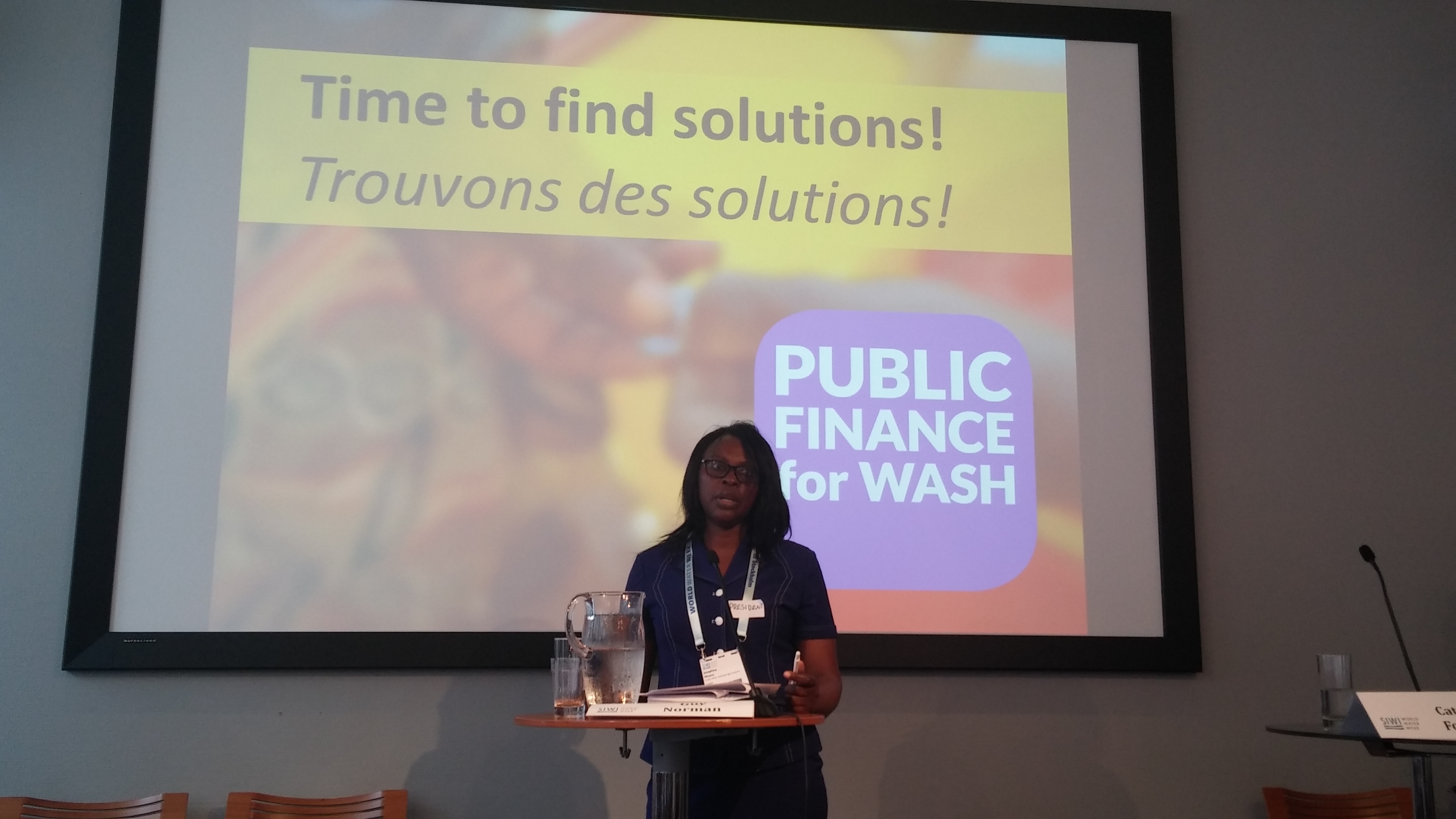 Embracing the roles they had been assigned, ranging from public government officials to mayors, city planning and financial officers, development banks, MFIs, NGOs, regulators etc.,  city teams put their brains together to propose innovative plans for mobilizing additional funding for the sector and spending it wisely, in the midst of competition over funding priorities and media scrutiny. Participants were given a role description presenting the main lines of their position, as well as a preliminary city plan summarising the current water and sanitation situation of the cities, current revenues for WASH services, proposed improvements and their costs.  While at national level, the president and its cabinet were deciding on the general budget allocation for urban sanitation (amongst other sectors’ priorities), cities were developing their plans, operators and regulators were discussing regulatory improvement measures, and NGOs, banks and MFIS were negotiating loans and grants or discussing support programmes with mayors.

Cities’ participants were given a boost by the announcement of an extraordinary increase in the national sanitation budget (up to 25%!) by the country’s President. Teams insisted on the necessity to increase the water tariff in particular to cross-subsidise sanitation services. They put forward the need to invest more in onsite sanitation and use Output-based Aid as a cost-effective way to achieving sanitation coverage. Raising a local sanitation tax on properties was put forward to collect earmarked-funding for sanitation. They also suggested that public funding could be used to leverage private investments, by promoting PPPs to build treatment stations, or supporting the development of microfinance for toilets and faecal sludge management SMEs.  The idea to set up Water Financing Facilities to finance jointly sanitation projects for several cities grouped together was also mooted.  Although the role play would have benefited from having more time to allow solutions to be anchored in an in-depth analysis of the city data provided, interesting solutions emerged from the group discussions and the role play favoured exchanges of experiences and thoughts between participants. Cities then had to present their plans to a panel of 3 independent experts, including Patrick Moriarty (IRC CEO), Meera Mehta of CEPT in India and Mawuena Dotse from Maple Consult in Ghana. 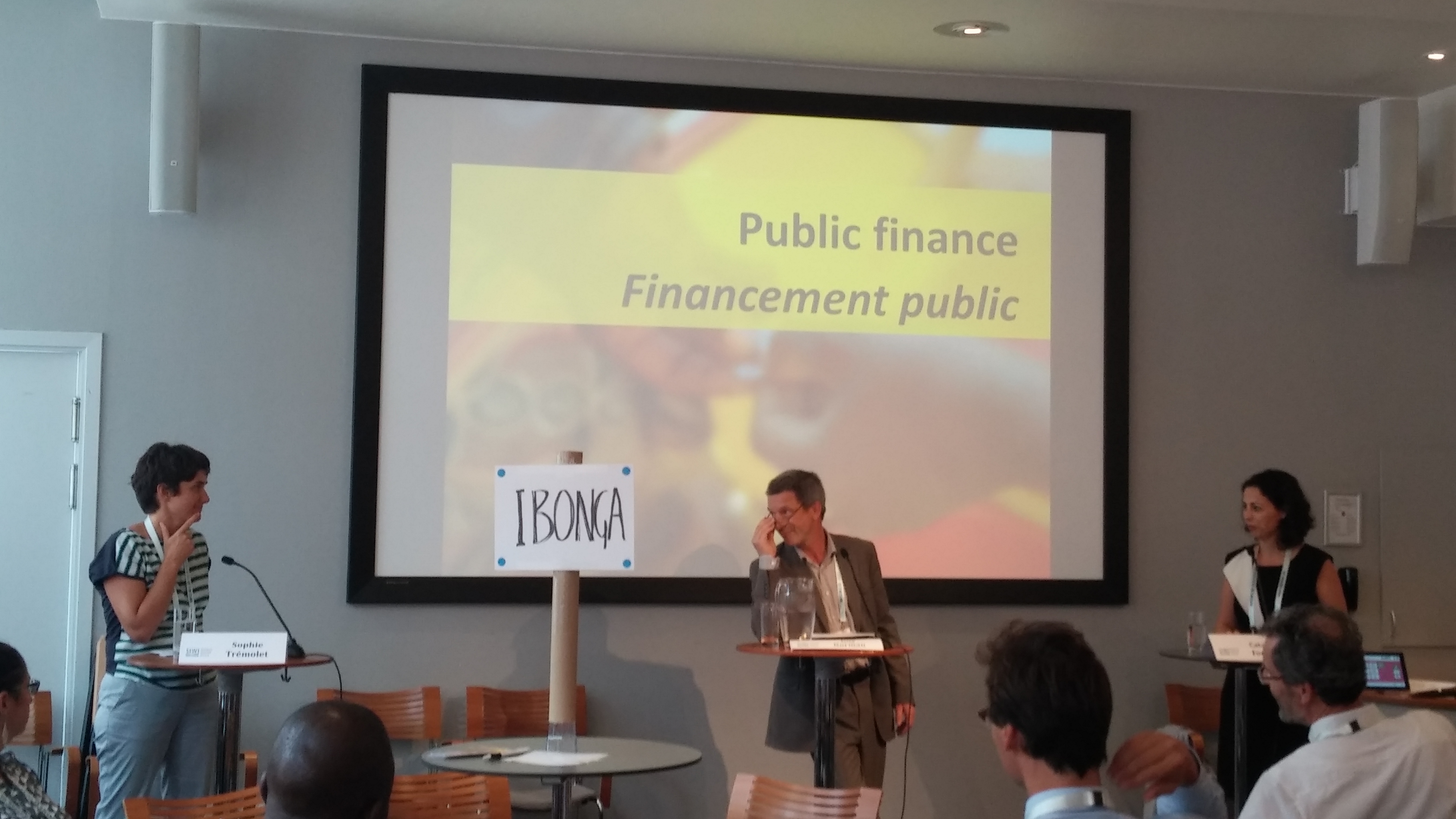 This role play was inspired by the Ghana Urban Sanitation Challenge (previously referred to as the Clean City Prize), which is being developed as part of the broader Ideas to Impact programme funded by DFID. The Challenge will be launched by the Ministry of Local Government and Rural Development on 2nd October 2015. The prize will incentivise Ghana’s local governments or Metropolitan and Municipal District Assemblies (MMDAs) to tackle the lack of integrated urban sanitation programs in their urban settlements. Local governments will be encouraged to develop and implement innovative approaches to help solve their complex and challenging urban sanitation problems, including low access to improved household sanitation and unsafe faecal sludge management.

The role play exercise will be replicated in Ghana as part of training for municipalities when launching the Ghana Urban Sanitation Challenge. It can be a powerful tool to communicate messages and make them more “alive” and close to the actual issues participants are facing in the field, while triggering an active participation of trainees. If you are interested in the role play or in using our material for training, do not hesitate to get in touch with sophie@tremolet.com .