Making the SDGs a reality with fair and responsible taxation 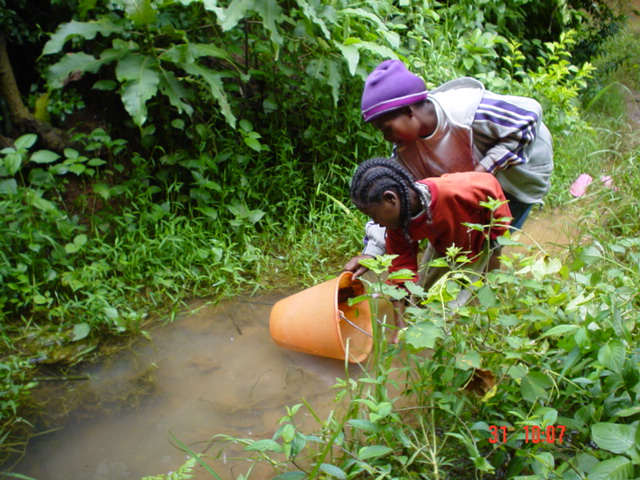 Winnie Byanyima could not have said it better!

The Sustainable Development Goals pose now a great challenge for both rich and poor countries. The improvement of public finance through the implementation of fair and effective tax systems seems to be the best way for achieving these goals. Moreover, better cooperation between governments at regional and global levels would be crucial to ending poverty and reducing economic inequality.

Loud and clear, fair and responsible taxation is the way towards SDGs!

"This week, world leaders meet in New York to formally adopt universal goals for sustainable development. These new goals – a bold sequel to the Millennium Development Goals (MDGs) that expire this year – could be ground-breaking. They commit to ending poverty and hunger everywhere, and recognise the need to reduce extreme economic inequality. And this time, compared to the MDG process, all countries – not just the poorest – will be accountable for their success. The seventeen Sustainable Development Goals (SDGs) are a challenge that the world must tackle, and finance, together.

Eradicating poverty and reducing economic inequality are achievable, but will require both a massive upscale of public finance and a recalibration of national and international policy to redistribute public finance. Central to this is the need for universal thinking on taxation. If low and middle-income countries, excluding China, were to close just half their tax revenue gap – the amount lost to national administrations by taxpayers not paying in line with the law – their governments would be almost $1 trillion better off.

Putting an end to tax dodging is an obvious first step to achieving the SDGs, closely followed by the wide-scale introduction of progressive fiscal policies. Fair taxation is vital, given that the SDGs seek to tackle both the symptoms and the structural causes of poverty. Promising to eradicate extreme poverty in all its forms and dimensions, and to reach those left furthest behind first, leaves no room for populations to be continually worn down by the negative impacts of unfair tax systems. What’s more, as the SDGs will apply to all countries,citizens will be dependent on their own governments to deliver the services they need.

Typically, tax systems in developing countries tend to be some of the most regressive in the world, with taxes more often than not penalising the poor. Governments must avoid the temptation to increase revenue rapidly from regressive forms of taxation, or to prioritise the efficiency of the existing tax system over reforming it progressively.

The situation in some emerging nations is particularly striking. Indonesia, South Africa and Brazil are developing countries with strong recent economic growth, yet this has been matched by extreme economic inequality. A new report, “Cross-country research on tax policy and inequality: A Comparative study of Indonesia, South Africa and Brazil”, reveals a high level of regressive tax policy and a failure to deliver sufficient funding for public services. Yustinus Prastowo, one of the co-authors of the report, has explained that “these countries’ poor are paying proportionately more taxes than rich people. The tax burden on middle class workers is bigger than the one placed on industry, holding back these countries’ tax collection potential that would provide important funding for universal and better quality public health and education services. This is totally unfair and unsustainable in the long term”.

The situation is not much better in India. Our research with the Centre for Budget and Governance Accountability identifies India’s fiscal policy as one of the most regressive in the G20, even just among the BRICS countries. Direct taxes such as tax on income or wealth have the capacity to differentiate between the rich and poor, but these account for just 37.7% of India’s total tax revenue, compared to the OECD average of 53.7%. The result is that India’s tax system depends heavily on indirect taxes – those on goods and services – which place a proportionally higher burden on the poor.

Fiscal policy in the European Union is also showing regressive trends, particularly since the financial crisis. Tax collection levels in the EU have been steadily recovering to pre-crisis levels since 2010, but the design of the taxation systems shows a worrying bias towards taxing labour and consumption more heavily than capital. High earners, the wealthiest individuals and the most profitable large companies are treated better than ever. EU member states in most cases reacted to budget consolidation requirements by increasing VAT rates. Today, top rates of personal income tax have only just recovered to pre-crisis levels, while revenue from corporate income tax fell dramatically – by 24% in 2013 compared to 2007. Most countries have abolished, or are in the process of abolishing, wealth taxes and are reducing capital gains taxes.

Belgium is a case worth highlighting. In the aftermath of the economic and financial crisis, successive Belgian governments have tried to achieve fiscal balance by implementing austerity measures, often targeting the welfare system with the risk of worsening an already worrying social and economic situation. The latest figures on poverty in Belgium are alarming; one in every five people is at risk of falling into poverty or social exclusion, while more than 15% of the population already lives below the poverty line. Brussels, the very heart of the EU, is a sharp illustration of the social divisions that characterise the country; 40% of young people aged 15-24 in Brussels now live below the poverty line.

One of the reasons for the inadequate response from EU governments to crack down on corporate tax dodging is the strong lobbying of powerful global companies in defence of a tax system that handsomely rewards them. It is a system that exacerbates the widening gap between the wealthiest and capital, and the poor as well as labour and consumption.

Moreover, efforts by national governments to introduce fair tax systems will always be hampered by the inherently unfair international system, which serves to facilitate corporate tax avoidance. The governments of some EU countries such as the Netherlands and the UK claim to be ‘tax competitive’, effectively driving down standards to attract the business of multinational corporations. Unfair tax competition within the EU is leading to substantial tax losses for public administrations.

Significant tax revenues are being denied to governments the world over as a result of an unfair and dysfunctional international tax system. At the Third International Conference on Financing for Development in July, world leaders failed to agree on the creation of a global tax body that would include all countries as equal members. But this will not be the final attempt to bring all countries equally on board to agree on global solutions to tax dodging. Next time, the EU could lead the way.

The EU must now reverse the current trend of tax bias towards labour and consumption instead of wealth and corporate profit, and push for more progressive taxation. Next, EU policymaking must be better protected from vested interests and become more democratic, transparent and accountable. And finally, the EU must champion international tax rules that create a level playing field enabling all governments to collect and spend in line with the ambitions of the SDGs.

Since the SDGs will be universally applicable to all countries, rich and poor, Europe must show global leadership by implementing the SDGs at home and supporting their implementation around the world. Without better cooperation between governments at regional and global levels on measures against tax avoidance and excessive tax competition, the financing of the SDGs is a distant hope."

(Thank you Europe World for letting us share the article! )