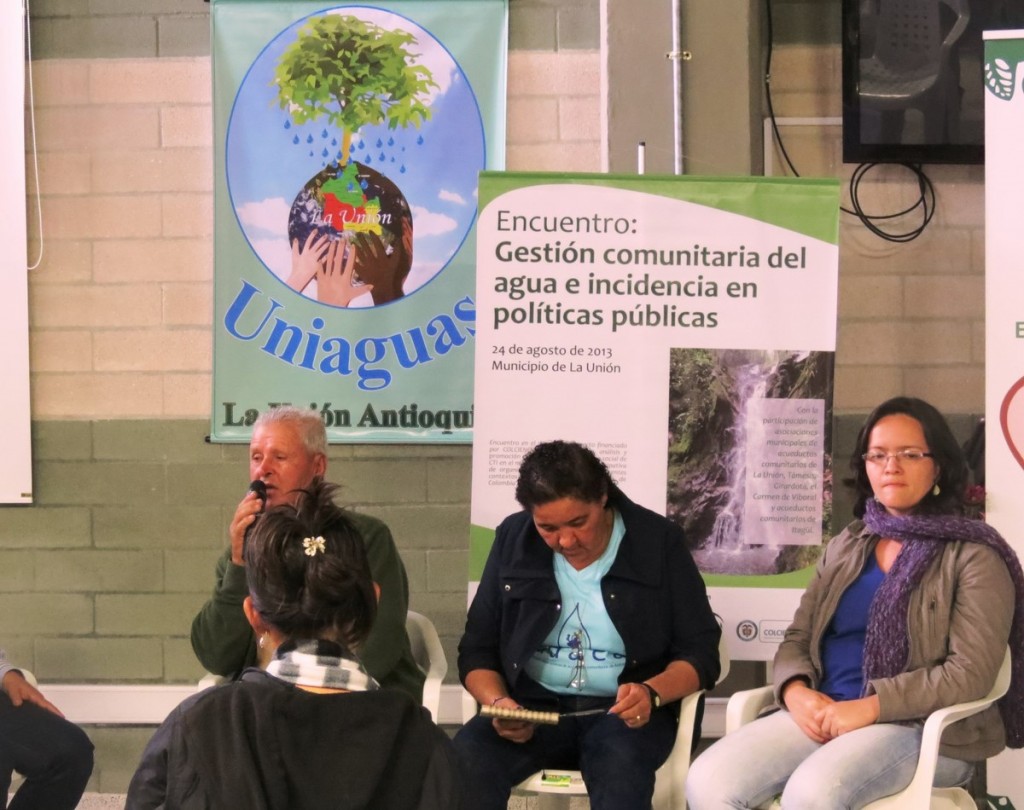 In Colombia, around 12,000 community-run water aqueducts - organised civil society groups- provide water to millions of people in rural and peri-urban areas. These community aqueducts operate following the same regulation of medium and large service providers: Law 142 of 1994. Law 142 stresses that service providers should follow principles of technological innovation and economic efficiency. These principles pose a great challenge for community aqueducts, many of which do not comply with the full set of technical, financial, and administrative requirements. In the last decade, many community aqueducts have strengthened their networks and pushed for legislation that recognises their community aims. Moreover, they advocate for increasing the municipalities’ budget allocation to support their work. This blog is derived from an article[1] that describes a particular case of an association of community aqueducts in Colombia and the advocacy process to demand increased public investment and support to their work as water service providers.

Co-production of water services between the state and communities

The notion of co-production is useful to explain the provision of services between communities and the state. For Warren et al. (1982)[2], co-production can reduce costs, improve the quality of services and expand citizensʼ participation in decision-making processes on public services. The community aqueducts provide a public service with their own resources and capacities. They also receive support from the state such as repairing infrastructure and assistance in emergencies, e.g. floods and landslides. Elinor Ostrom[3] points out that "[o]n the one hand, no market can survive without extensive public goods provided by governmental agencies, but, on the other hand, no government can be efficient and equitable without considerable input from citizens." The community aqueducts do not think that their work shrinks state responsibilities. They see their work as a demonstration of autonomy and governance at the local level. Nonetheless, they request more support from the state for improving the water service.

Girardota is one of the nine towns forming the Medellín metropolitan area[4] in Antioquia, Colombia. The population in Girardota is 53,006 and 60% live in urban areas. Community aqueducts provide water to more than 15,000 people mostly in rural areas. These aqueducts operate as non-for-profit organisations that provide water at a cost, and sometimes at a loss; they have limited resources and capacity to invest in infrastructure and development. In 2008, the aqueducts set up an association called Giraguas, which groups 17 of the 25 community-run aqueducts in Girardota. With Giraguas, the community aqueducts aim to support each other in various aspects such as administration, common purchases, legal and technical issues. 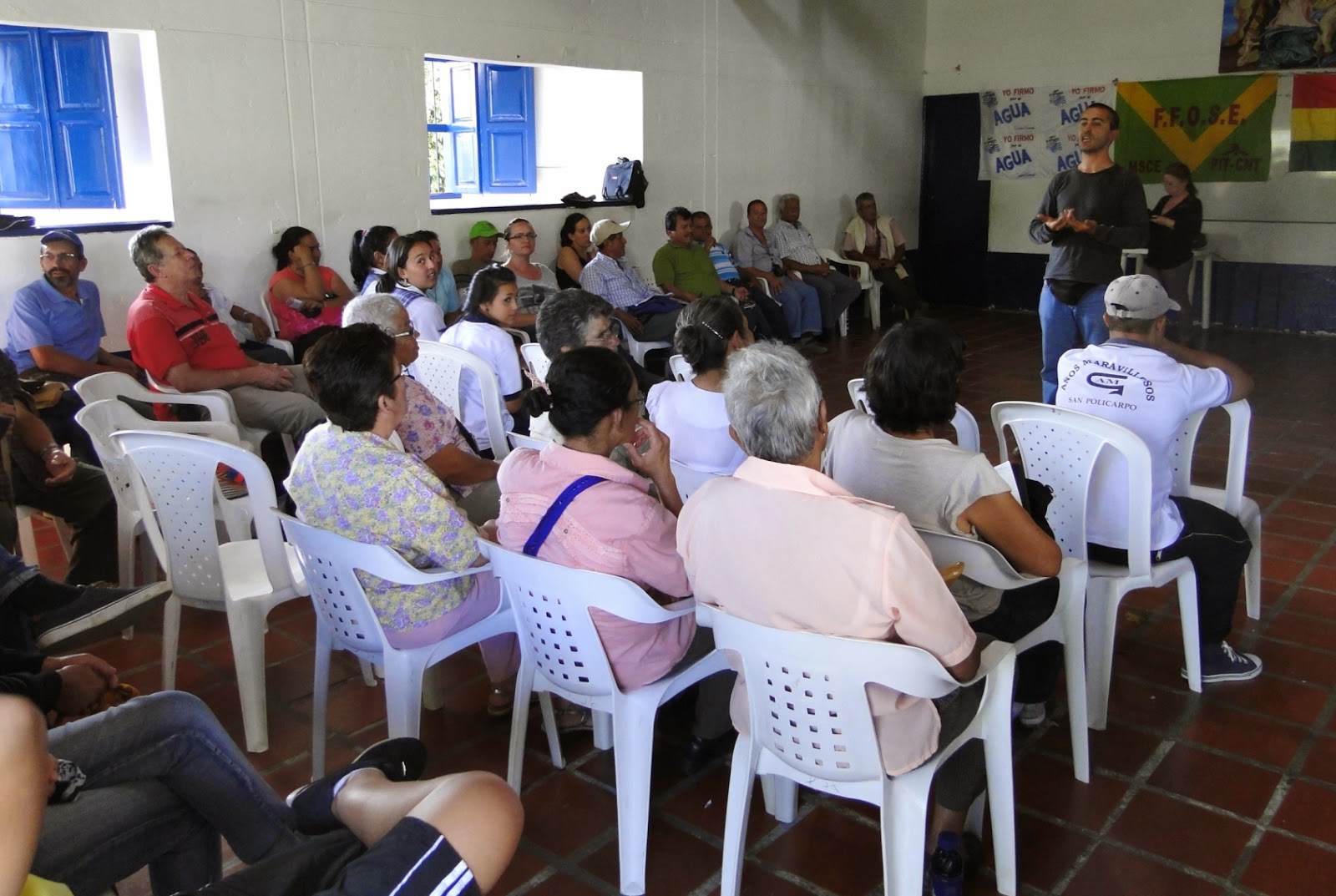 In 2009, Giraguas made a proposal to the city council for the creation of a public policy oriented to support and improve the work of the community aqueducts as public service providers. This was formalised through the Council Agreement 037 of 31/08/2009, materialised two years later through the regulatory decree Nº 95 of 14/12/2011.[5] The active participation of the members of community aqueducts was crucial to promote this public policy and to change their political role in the municipality.

The public policy contains four components: organisational, legal, technical and economic. The economic component refers to the resources allocated for the implementation of the public policy. From the cohabitation programmes, the city council would allocate 20% to the community aqueducts, and 40% from the General Participations System (Sistema General de Participaciones -SGP), a scheme of central government transfers. The investment of these resources depends on the projects’ proposals presented by the community aqueducts on issues such as: alternative systems of water potabilisation, design and construction of new aqueducts, maintenance of networks, conservation of water sources, measuring systems and equipment. These sums would be complemented with other free-expenditure resources from the municipalities. Moreover, subsidies for the poorest citizens would be taken from the Solidarity and Income Redistribution Fund (Fondos de Solidaridad y Redistribución del Ingreso), according to Law 142.

The implementation of the public policy has been a challenging process of making the local government accountable. In his Municipal Development Plan 2012-2015[6], the current mayor committed to support the community aqueducts through various ways, for instance, starting education programmes in administration and project management. Moreover, the plan proposes building and repairing necessary infrastructure, in addition to buying portions of land where important water sources are located. Funds for these actions would come from SGP, subsidies and own revenues. In 2011, the municipality received from the SGP COP 5.263 million (approx. USD 1.579 million), from which COP 637 million (approx. USD 191,000) were for potable water (0.12%). Nonetheless, according to a spokesperson from the community aqueducts, the current local administration has changed the arena for the decision-making spaces and the decree has not been fully implemented. The aqueducts expect further commitment and support from the future mayor who will take power in January 2016.

Despite these obstacles, Giraguas’ initiative for a community-led policy has become a valuable learning process of community advocacy and lobbying local authorities. The initiative has been shared and diffused by the Platform of Public-Communitarian Agreements of the Americas (PAPC)[7]  - a working group which is part of the Red Vida - Interamerican Network for the human right to water). Members of Giraguas have travelled to different places in Latin America to share their knowledge with similar organisations. Giraguas is also a founding member of the Association of Community Aqueducts from Antioquia (ADACA), the National Network of Community Aqueducts, and the URCOLBO project,[8]a regional network of community aqueducts associations from Uruguay, Colombia and Bolivia. These have been remarkable achievements for a civil society organisation of this type in Colombia. They demonstrate that communities are able to bring forward initiatives for mobilising resources and increasing the allocation of public finance for services such as water and sanitation.