Civil society groups throughout Africa and Asia are playing a key role in pushing for increased government investment in water and sanitation. Samson Shivaji is CEO of KEWASNET (the Kenya Water and Sanitation Civil Society Network), and the Kenyan Civil Society Organisation (CSO) Focal Person within the Sanitation and Water for All (SWA) platform. Here, Mr Shivaji responds to a series of questions about the need for increased public finance of sanitation in Kenya. 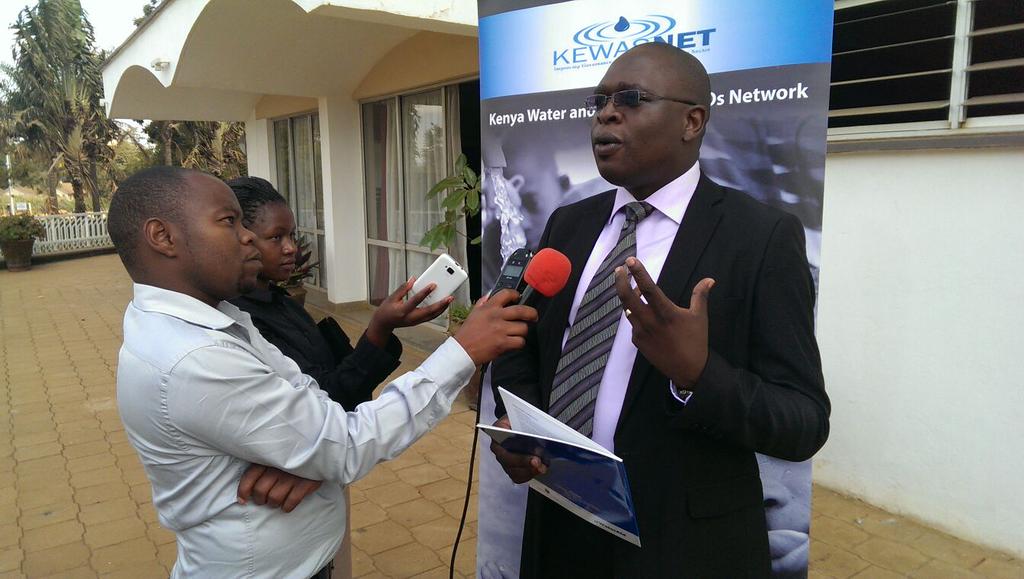 Kenya has an obligation for increased budget commitment to sanitation, as a signatory of the 2015 Ngor Declaration, which reaffirms the commitment to  continually increase budget. Low budget allocation remains the biggest constraint to achievement of access to sanitation. A good example is seen in the urban setting in Kenya: the population in recognised slum areas and “slum pockets” now exceeds 5.2 million, and is increasing very rapidly. Slum populations have the worst health outcomes in the country, especially among children. There is a very clear need for major government investment to tackle this enormous problem.

2) African ministers with responsibility for sanitation have committed to government finance allocation of 0.5% of GDP by 2020. Do you think this is feasible in Kenya?

Increased allocation is possible, but only makes sense if this commitment is translated into action by increased allocation at both the national and County levels of budgeting. Huge investments in the past have not succeeded in stemming the decline in access to water and sanitation. It is should be obvious to all that money alone cannot achieve this. In percentage terms, the decline sanitation coverage in Kenya appears rather modest (32% in 1998, 30% in 2009), but the absolute numbers of the underserved have doubled in 20 years. This demonstrates the failure of approaches prior to reforms (2002). The main reasons for the decline are: lack of political will, insufficient policy and institutional frameworks, information gaps, lack of urban poverty orientation, increasing urbanisation, and misleading orientations by different sector players.

When deciding budget allocations, the Kenyan Government should consider the economic costs of lack of sanitation. This approach will clearly demonstrate the economic impact of lack of sanitation on other budget centres, and thereby justify reallocation for sanitation. Ring-fencing of incomes from sanitation is encouraged, but should be done without exerting increased taxation. It is important to note that sector reforms promote the implementation of Sector Wide Approaches for planning (SWAp), under which donor efforts should be increasingly bundled and aligned to the new national policy framework. In this way, aid effectiveness could be multiplied, but only if modes of delivery are more related to impact, and less understood as dogma.

4) What are the main barriers to achieving increased public finance for sanitation in Kenya?

Kenya has devolved sanitation to the County government level, but this is being endangered by lack of political prioritisation of public health by the new County Governments. The Community Led Total Sanitation approach tends to push financing responsibility from the state to the individual and reduce prioritisation of the need for public financing.

5) How are you and others working to overcome these barriers in Kenya? What are ways forward?